“You walked from Delaware to Colorado. That’s sort of a big deal.” –Nate Damm, via text message. 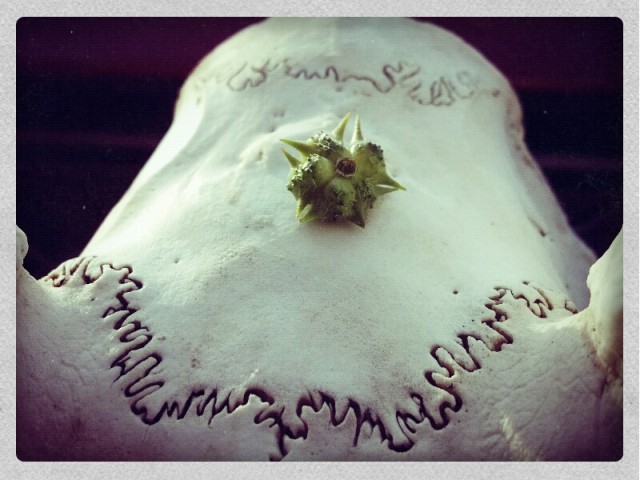 As May began, we crossed through western Ohio and entered Indiana. This marked the start of our straight shot across the vast farmland of our own Midwest. For the next 1,000 miles we traversed a flat and seemingly endless expanse of corn and soybeans. After crossing the Appalachian range in West Virginia the smooth, straight, and perfectly gridded terrain of the Midwest offered no great challenge. But as the summer progressed and the miles stretched on and the temperatures began to climb, the true challenge of the Midwest became clear.

Back in Indiana, the farmers were worried about their crops. There simply hadn’t been enough rain and none was in the forecast. The leaves of the corn were starting to curl and warp, a sure sign that they were drying out. We kept walking West and the rain didn’t come. Across Illinois and Iowa, the people were all friendly and welcoming. Their kind energy came through despite the intensity of the heat and the clear damage being done to their crops and industry. 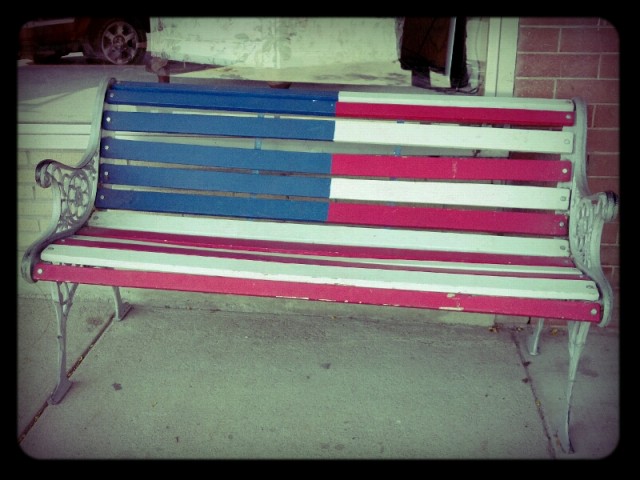 As the miles passed, the drought-ridden fields grew shorter and more withered. Jon joined us at the Mississippi River with a chase car and with his support we could safely manage the dogs and send them ahead to rest when it was too hot. Without having to worry about their safety constantly, we dragged ourselves on through the melting heat. Resources like food and water were plentiful; our route kept us moving through small towns and cities every 10-20 miles, and generous people populated those small oases between the miles of treeless fields. 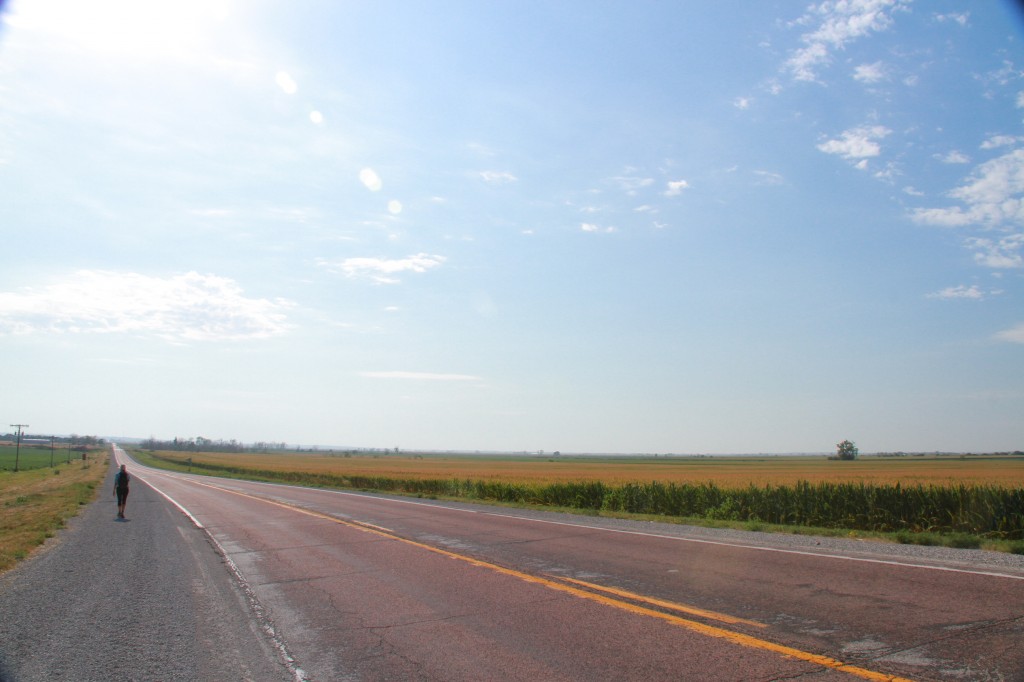 The true test of the Midwest is mental. It is such a daunting expanse, an endurance challenge that makes our progress hard to see and drags our dedication into question every day. With all of the miles we have put behind us, our bodies are well-conditioned for covering ground. The heat can be overbearing; but the slower we move through it, the longer we cook. With some drive and flexibility, it is possible to work through the heat. 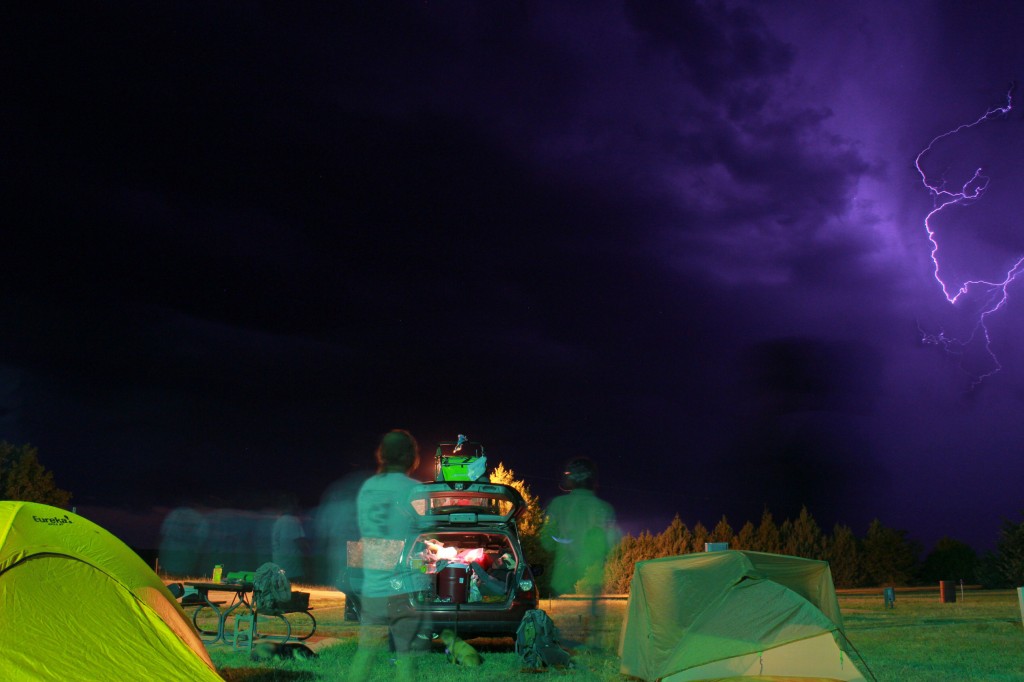 this storm caught us out in the open

The test was to keep pushing every day toward the featureless horizon, past the point where futility still meant something and our actions had a tangible goal. We moved on fueled by a faith in ourselves that was built over the first 1,000 miles, and trusting that we will be be where we are supposed to be when we are supposed to be there. And always, we dreamed of finally seeing the Rockies rising beyond the road ahead of us, hundreds of miles in our future. 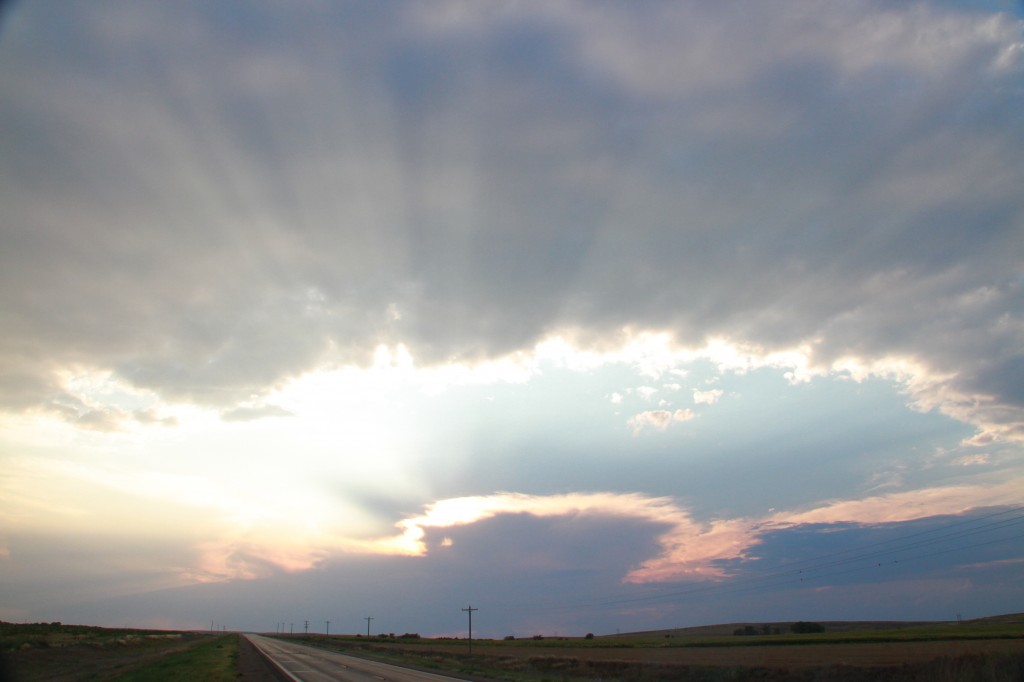 Western Nebraska is a beautiful and painfully elegant shift from the full-blown Roundup-ready infinite agricultural flatlands, to something far more Westerly and reminiscent of what I imagine the American pioneers of the past saw. The hills are rolling higher and farther, carved out in smooth bowls and jagged sandy canyons, all draped in scrub grass and all manner of spiny, greenish plants. 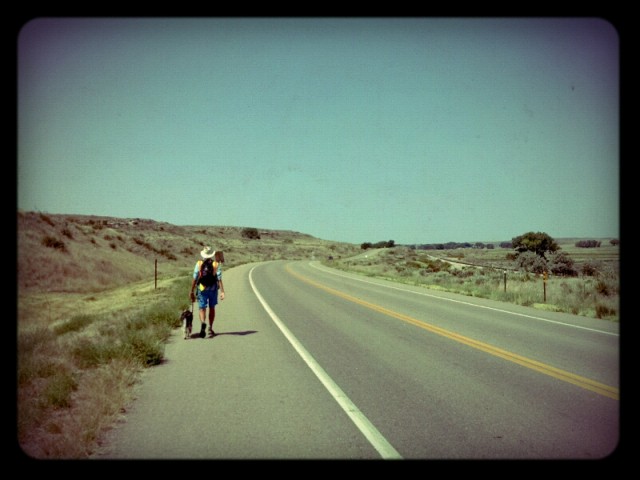 Our last night in Nebraska, we camped in the yard of a kind old farmer named Larry. He offered us his shower, his kitchen, his beer (he has been sober for 30 years, but keeps it around for family and friends) and his conversation. He really helped us leave Nebraska in the best way possible. 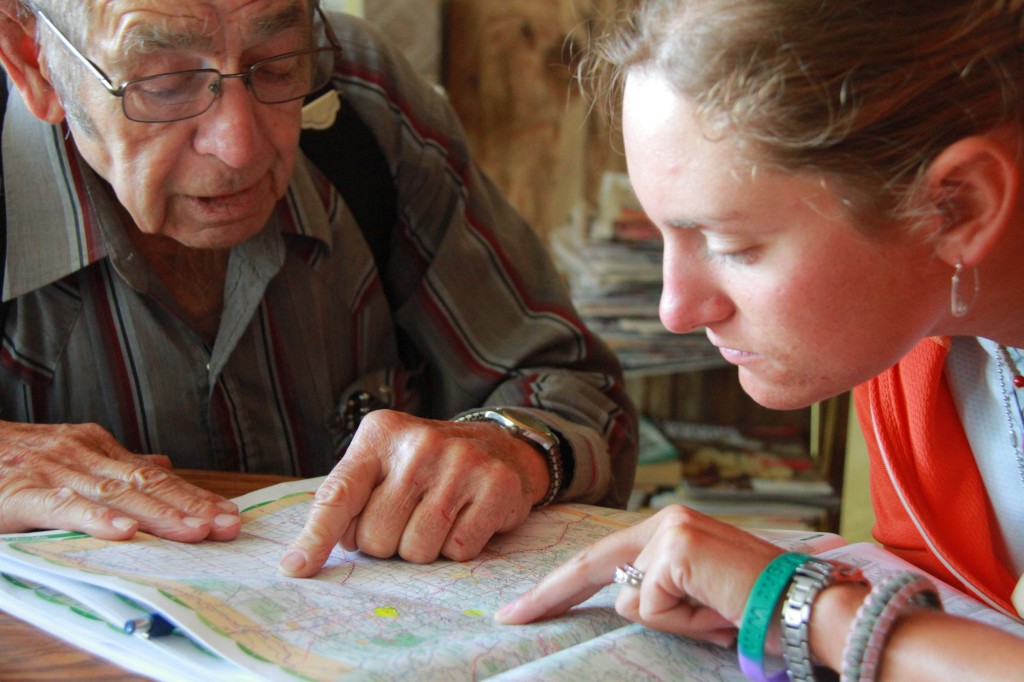 Kait and Larry, working out possible routes through the Rockies 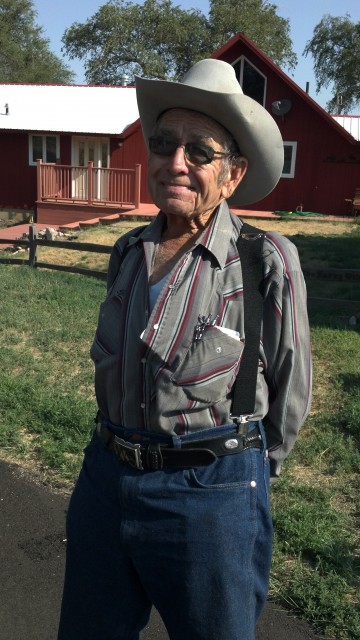 We spent our last Nebraskan day in overcast half-light, walking through wide corridors of rolling fields and foothills, all dotted with grazing cattle. With only simple wire fences to contain and organize them upon the land, they humbly obliged and methodically ate every scrap of  vegetation available. 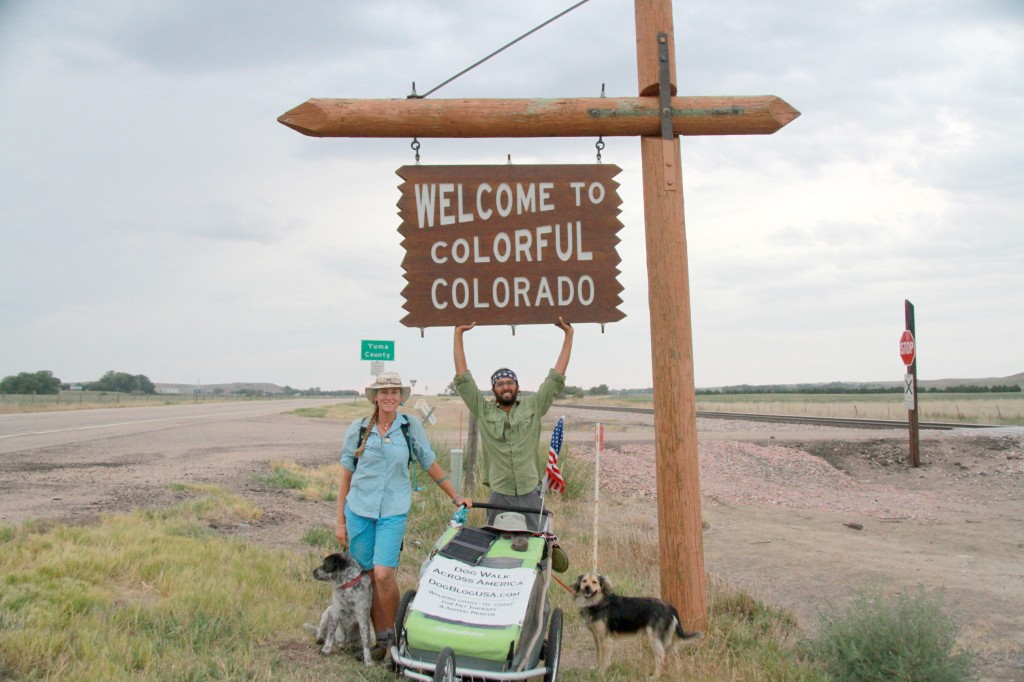 …and on and on into the Great State of Colorado! Reaching this gateway to the West holds great significance. Conquering the Nebraska hump relieved a great deal of stress, and walking across the border into Yuma County was a cause for celebration. We have crossed an invisible line drawn in the soil, and we are energized by the rapid change in surroundings taking place. The landscape stretches on further in every direction, and we are quickly climbing in elevation. 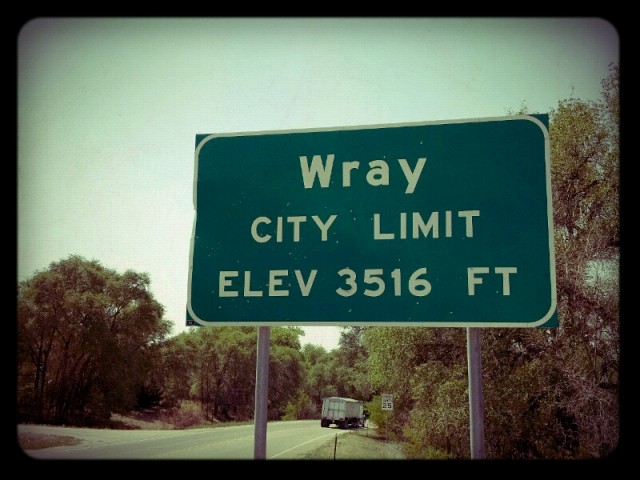 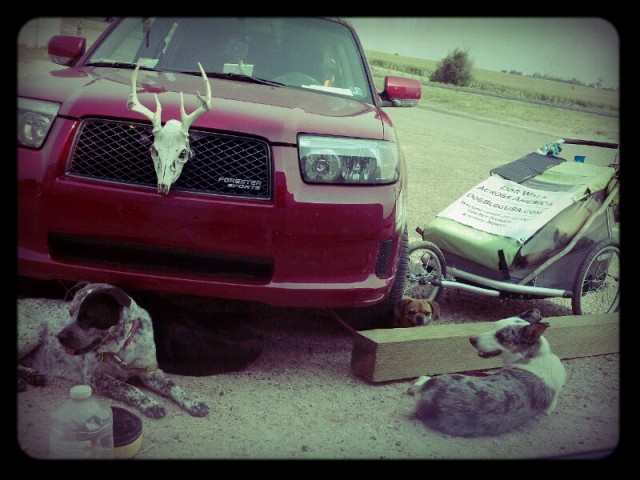 Past dusty frontier towns like Eckley, and on toward Yuma, we walked past the largest cattle feed lot in the world. The dry dirt, stomped and trod by hundreds of thousands of cows and whipped up by the hot wind, settled an eerie haze over the stockyards. Past thousands of wide-eyed bovines, we walked with bandit masks covering our faces. The cows all stopped their mooing and shuffling and watched quiet and solemn as we walked by. The massive grain bins and processing buildings towered over them, gleaming through the haze. It was a most unsettling audience to meet. 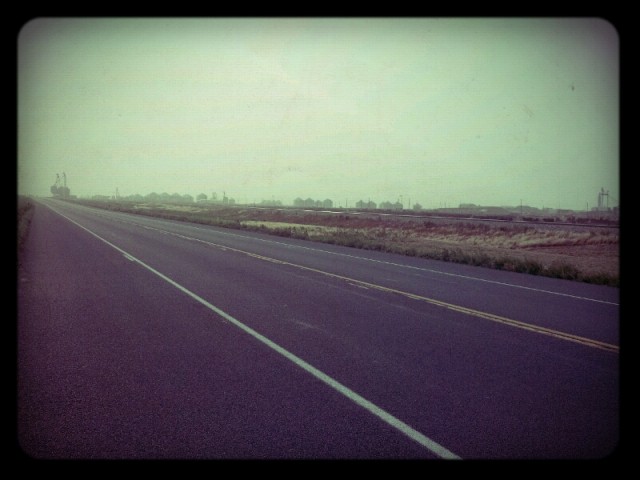 In Yuma, a very kind sheriff told me that there was no way to let us camp in the park, and he asked why we “didn’t just stay in a motel?” We called and visited every motel in town, only to find them all booked solid. Thankfully, we stopped at the Sunrise Inn. The owner, Janet, told us we could camp out back and if her reservations canceled, we might even get a room. 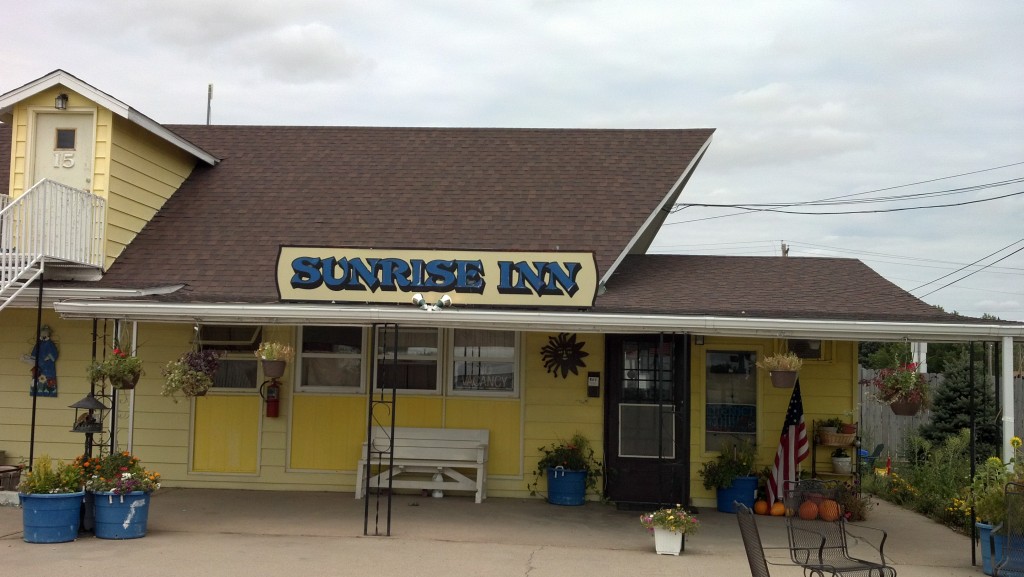 As luck would have it, we ended up in room 10 with comfortable beds and a welcome shower – easily the most comfortable and homey room of our entire trip. Janet sponsored our stay and welcomed us like family to her motel oasis. She and her three little boys entertained and fed us, while the other residents of this pseudo-communal crossroads joined us outside for dinner and libations. I know where to come if I ever find myself in Yuma again. Slater said he wants to come back someday and record an album here at the Sunrise. It’s a good thing that cop said we couldn’t camp in the park, because we never would have landed here. 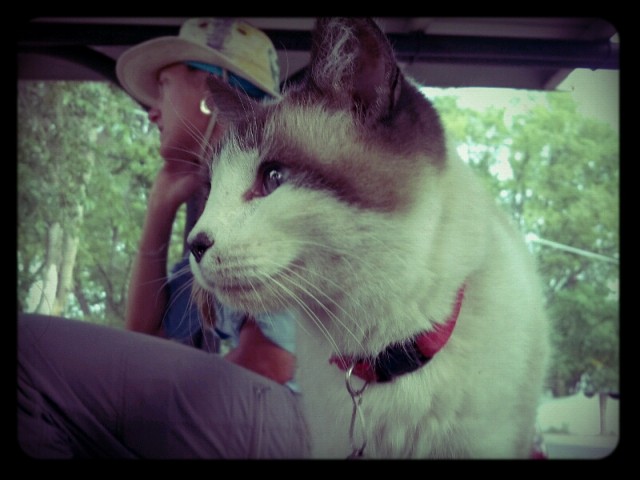 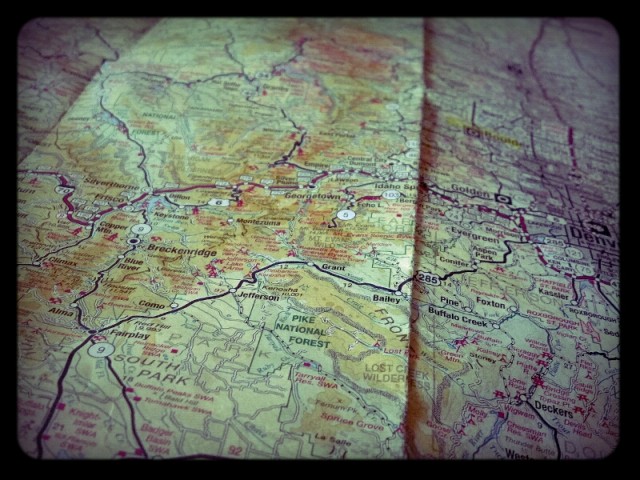 Tomorrow, we will keep walking toward The Rockies. If the haze from feed lots and distant wildfires ever clears, we should be able to see their far-off peaks any day now. 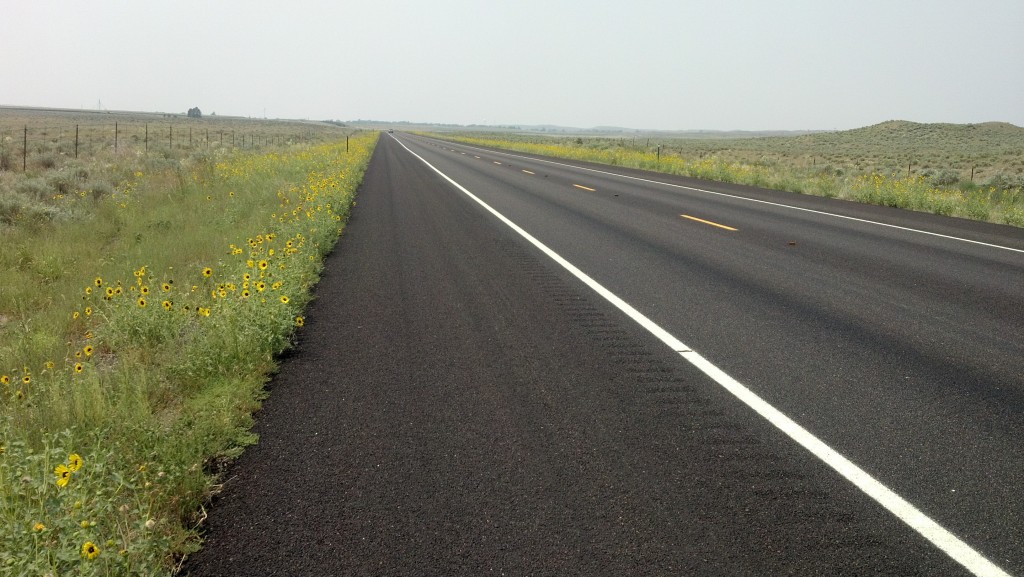 11 Responses to The Midwest Test