“But our trip was different. It was to be a classic affirmation of everything right and true in the national character. A gross physical salute to the fantastic possibilities of life in this country. But only for those with true grit.”

-from “Fear and Loathing in Las Vegas” by Hunter S. Thompson

Vegas, you win the honorary title of “weirdest city I have ever walked across.” 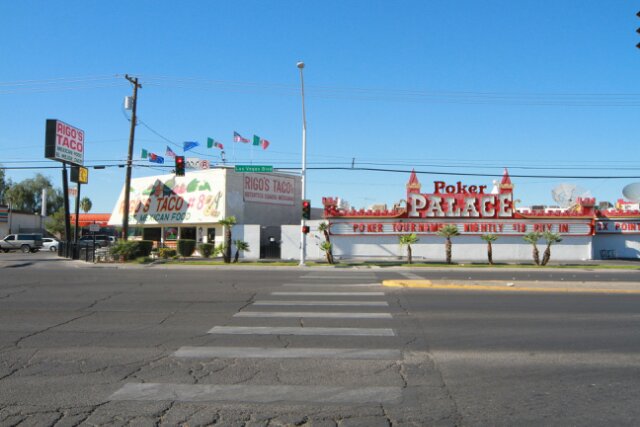 We came in from the east, following Las Vegas Boulevard past Nellis Air Force Base. fighter jets and helicopters roared endlessly overhead, taking off and roaring up the strip and across the valley, chasing each other in wide circles back around to the runway only to refuel and take off once again. Jet fuel must not seem expensive when taxpayers foot the bill. 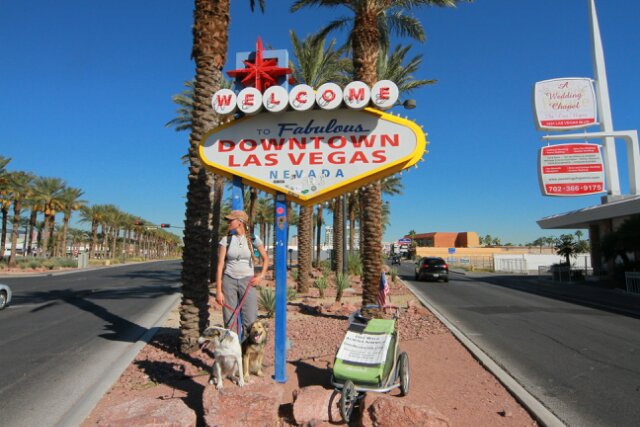 Onward we walked into the ghetto sprawl of North Las Vegas, past gated motels and boarded up carcinerias. In nooks and crannies and shaded corners, shopping cart apartments and trash collections loitered and waited for their owners to return from god knows where. Absolute desperation peeked out from shadowy awnings and beat-down bus stops. This is the First World, folks. Meet the Decline. 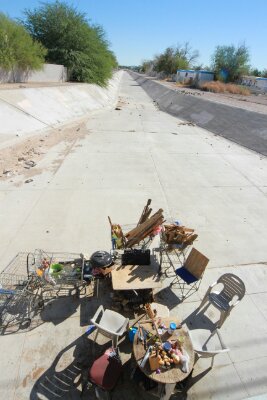 We couldn’t get into the Vegas VA to visit with veterans, but the staff at HELP of Southern Nevada’s Shannon West Homeless Youth Center was very excited about our project and invited us to come in and visit with the kids. HELP provides a variety of services and facilities to the Vegas metro community. The youth center offers residential and education services to at-risk youth ages 16-24. They give these young souls a place to live and a chance to make a better life for themselves. Many come from abusive or neglectful backgrounds, gang life, and poverty. At Shannon West, they can have a safe place to sleep, an education, job training and placement, and a supportive staff to give them the encouragement and opportunity that so many of us take for granted. 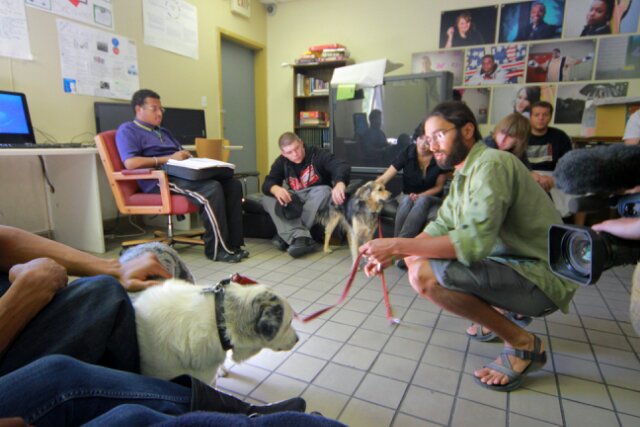 one of the girls borrowed my camera for a bit. 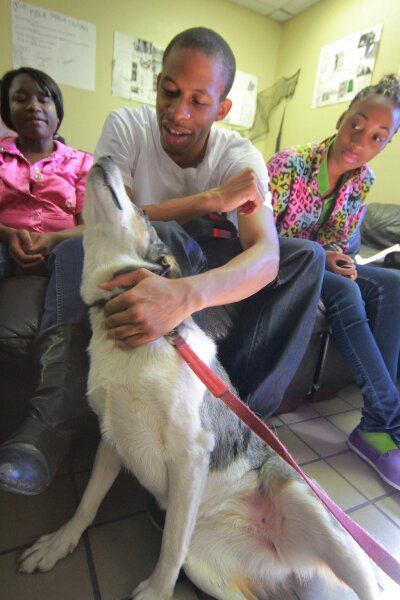 Jenny is getting good at this

As always, the dogs were the stars of the show. While we told the kids about our travels and the things we have learned, the pups made their rounds and got the unconditional love train rolling. Smiles abound and great conversation kept us hanging out long after our “presentation” was over. We left HELP feeling absolutely energized, and humbled to be able to give back to this vibrant community in our own small way. The kids have so much energy and potential, and they totally pumped us up. 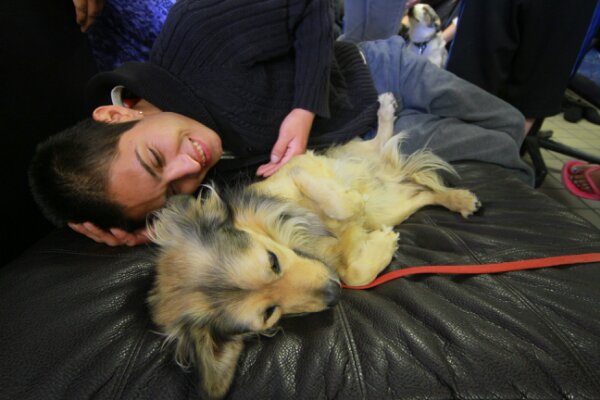 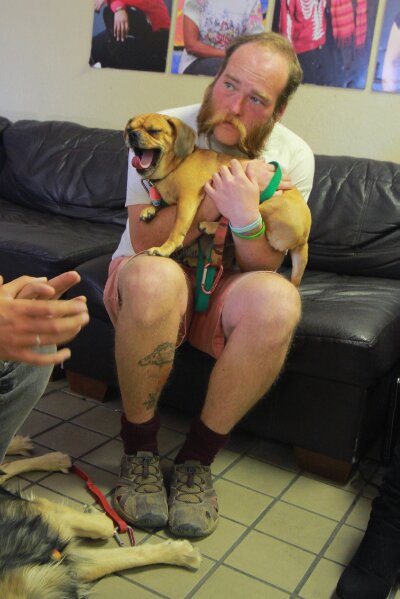 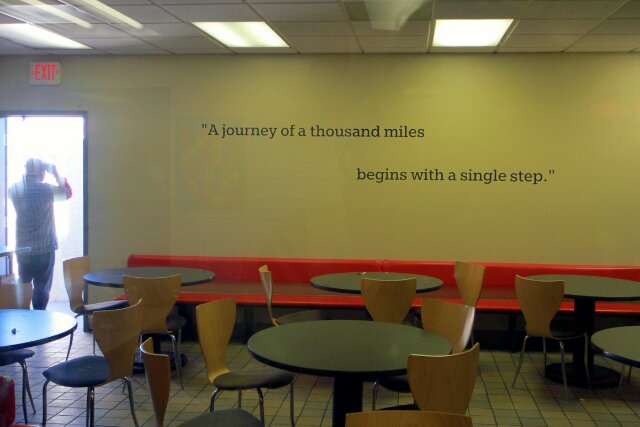 We walked about 1/3 of the way into the thick of the Vegas sprawl – past nugget-themed casinos and the ancient Palomino Club (“where old strippers go to die” is how one local described it) – before throwing in the towel and piling into the car for a couple of days off. My parents flew in from Kentucky to visit us and make sure we are eating enough, and they found a ridiculously affordable house to rent, and we lounged for a few days while we caught up on clerical duties. Planning for our end-of-the-walk event is in full swing. Oh, and we ate a metric TON of food. After all of our one-pot cooking on the road, we absolutely wailed on a fully stocked kitchen and poolside grill. Did I mention the pool? And the private yard with a secure dog run? All for less than the price of two hotel rooms? What. 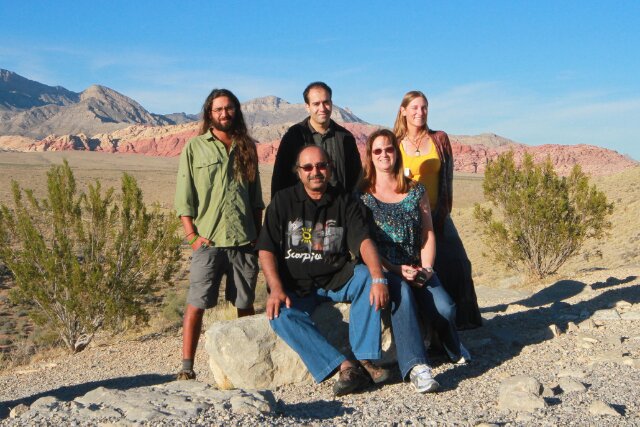 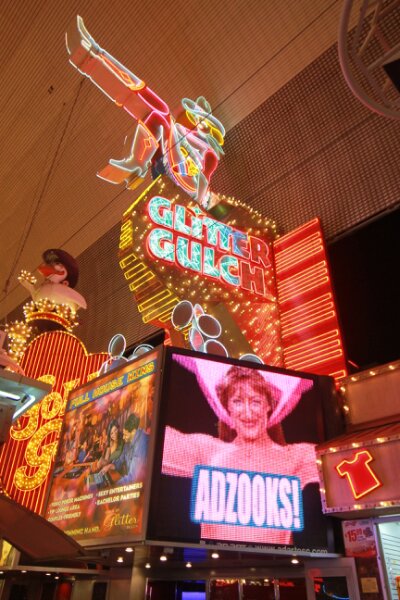 We met a fine street musician named Wild Bill, who was honking horns and squeaking squeaks at the freaks in rhythm and time to the pulse of the street. Slater walked up to give him a couple of bucks, and he launched into a motivational speech like no other. According to his website, Wild Bill is “The Perfect Speaker, Motivator, Master of Ceremonies, Event Host/Planner, Announcer, Graphologist/Profiler, Trainer, Coach, Business Consultant, Personal Counselor, Spokesperson, Syndicated TV & Radio Broadcast Host/Producer, Journalist, Author, Concert/Special Event Promoter, Musician, Actor, Comedian, Recording Artist, Songwriter & Guinness Book World Record Breaker.”

I couldn’t have said it better myself. 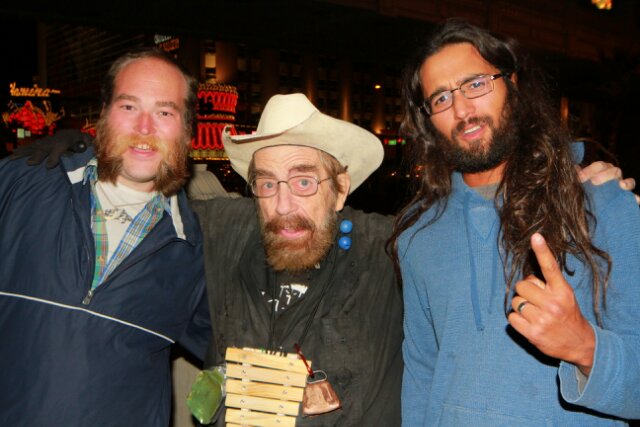 As we walked the strip, meandering in and out of casinos and upscale shopping areas, I couldn’t help but think of the thousands of children in this very country who don’t have enough food to eat. While Slater held down a Roulette table with a modest handful of dollars and a slow-and-steady strategy, a drunk dude about my age walked up, handed the attendant a $100 bill, requested a single $100 chip, lost it immediately, and walked on to the next table like it was no big deal. That could have been a week of groceries for someone. Incredible. 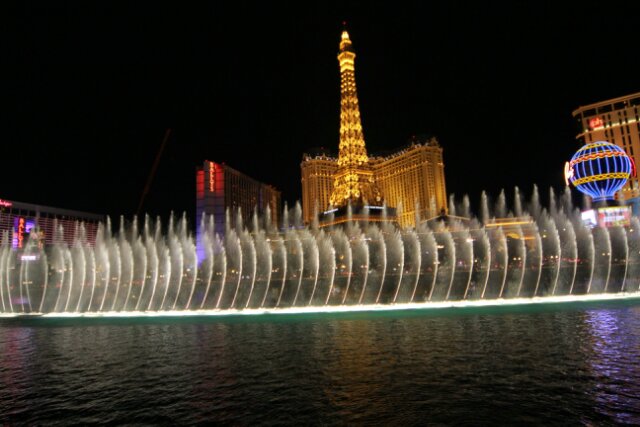 Full of shame on behalf of everyone, we finally got back to walking. We said adios to the parents and continued our straight shot down Las Vegas Boulevard. We walked our dogs and pushcart down through sketch neighborhoods where friendly veterans with trackmarks and smiles wished us well, down toward the strip and the bacchanal and excess everything. We negotiated sprawling crowds of tourist, up and over escalators and walkways connecting the casinos and had a grand old time soaking up the weird. We ran into a producer for the Ellen Degeneris show getting ready to do a spot in front of the Venetian, and she said she would pass our project along to the heads (still waiting for that phone call, Ellen!) 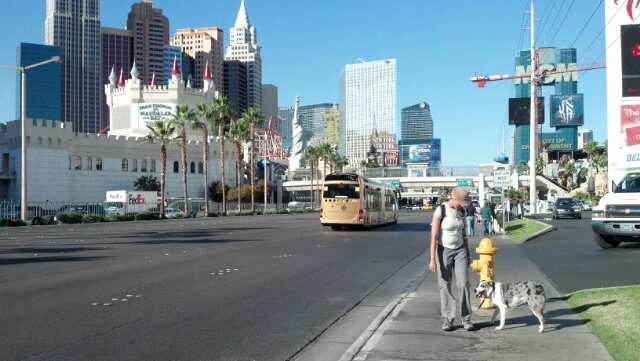 Back out the other side of the End Of Civilization As We Know It, things started to look a little more typical suburban sprawl. We stayed the night with Kait’s cousin, Kim, and her boyfriend, Luke, before heading out of the city limits this morning. 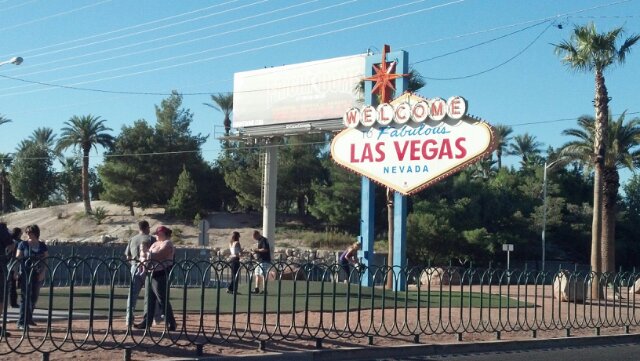 Now, we are once again camped under clear skies and full moon. We ate our modest dinner and watched the sun set over endless cactus and Joshua tree expanses. Tomorrow, we will cross the border into California. We have less than 300 miles left. It is hard to believe that this walk is almost over.

“There was only one road back to L.A. – U.S. Interstate 15. Just a flat-out high speed burn through Baker and Barstow and Berdoo. Then onto the Hollywood Freeway, and straight on into frantic oblivion. Safety. Obscurity. Just another freak, in the freak kingdom.”

7 Responses to fear and loathing and sexy cat costumes