Two weeks and 140 miles after leaving the Atlantic coast, Kait and I walked across the Maryland border, into the District of Columbia. Reaching D.C. is a powerful accomplishment, an early milestone in our walk to rediscover our country. 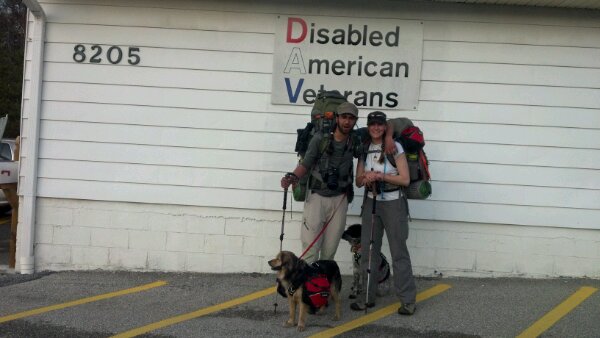 we stopped in and visited at the DAV post in Bowie, MD. 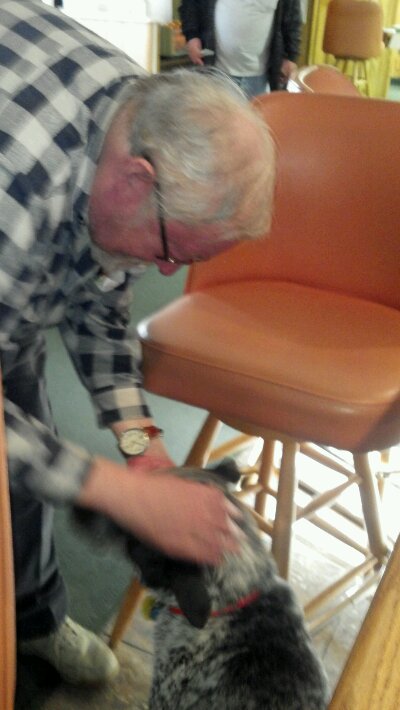 Grace getting loved on by Ray

But let me back up a few nights: Before we reached the D.C. area, we passed through the town of Old Bowie (now known as Huntington.) It is a shame that we didn’t have more time to spend in this quaint and beautiful town, but Kait had found us a host on couchsurfing.org. We pushed hard to walk to the far side of Old Bowie before dark.

There are stories on the trail of host families that go above and beyond the call of Trail Angel. We have been fortunate enough to meet nothing short of the greatest thus far, and Bruce was no exception. Before we reached his house, he let Kait know that he would be home later than he thought. We would have been content to rest on his porch, but he said he would leave us (two people he had never met) keys so we could let ourselves into his unattended home. So of course, we robbed him blind and made out like bandits.

Just kidding! We arrived to a hot dinner on the table , fresh sheets and towels. I relished the rare opportunity to snoop around at family photos and refrigerator clippings with unabashed curiosity. I found evidence of a home truly full of love and creativity. 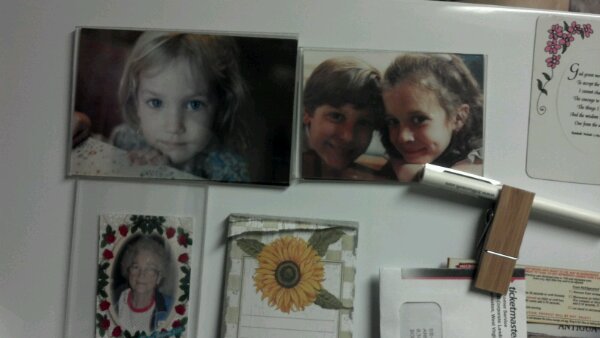 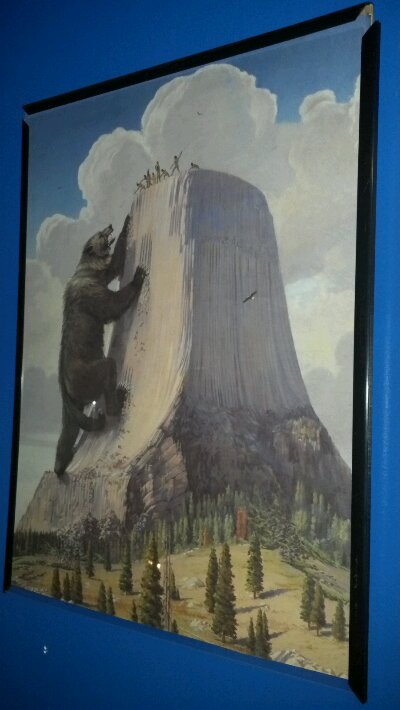 the greatest work of art to ever grace a bedroom wall.

Bruce was a gracious host, and made us feel right at home. In the morning, he offered us a breakfast of cereal, milk, and fresh fruit. We discussed routes toward D.C., and he even walked the first 5 miles of the day with us. 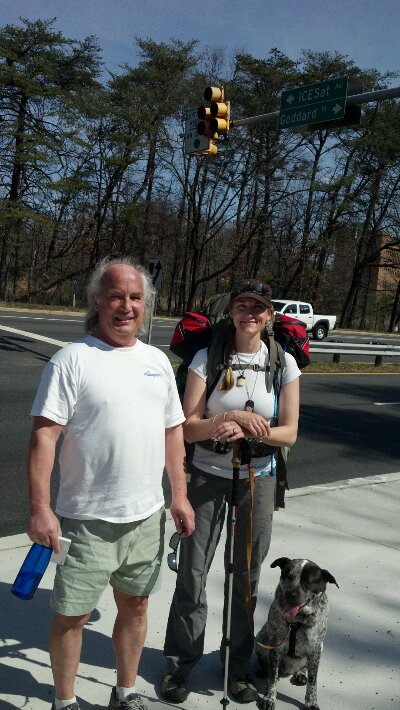 Our trail led us through the suburb of Greenbelt, then down through Greenbelt Park, and into the Anacostia Tributary Trail System. 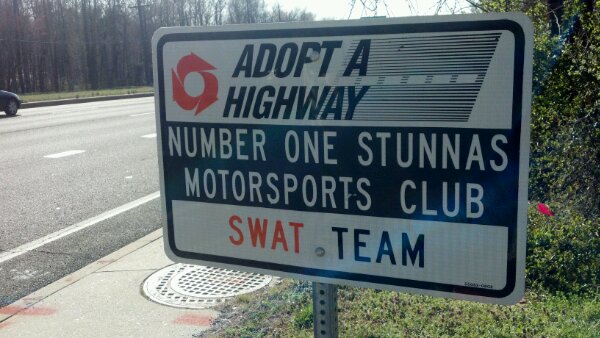 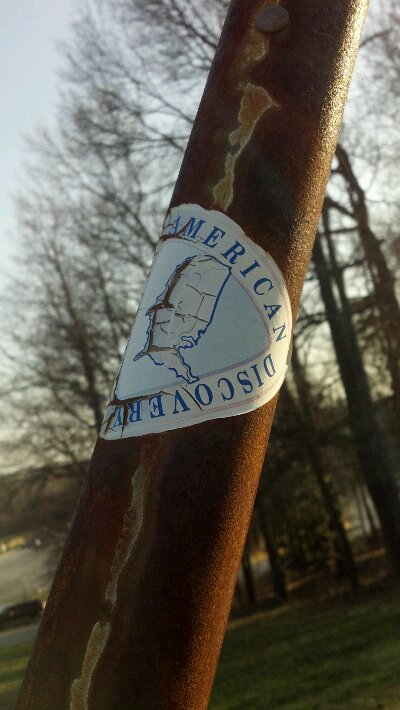 keep your eyes peeled for the elusive urban trail blaze.

We spent the night with Kait’s cousin Martha, her husband Taylor, and their adorable whippet Fuzz. Taylor braved the Beltway traffic to pick us up and drop us off again. Apparently, D.C. and L.A. have a running competition for the worst traffic in America. D.C. is currently winning.

Coming out pf the Anacostia trails, we crossed the Maryland/District of Columbia border. 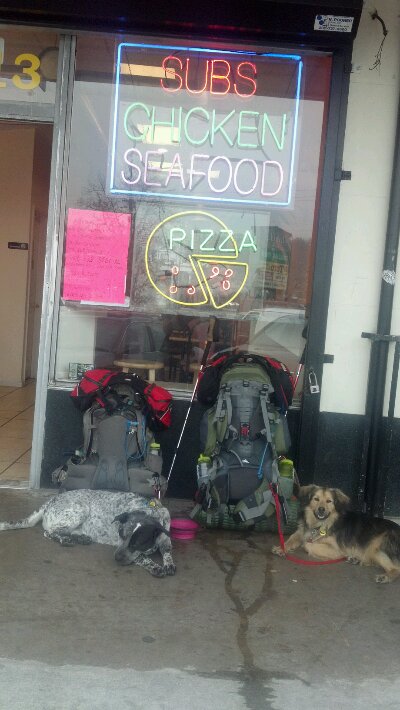 if you can buy subs, chicken, seafood, pizza, chinese, and cigarettes in one store, you are probably in the hood.

Walking across D.C. was quite a cultural experience. After a filling lunch on the outskirts of some serious hood-type suburb, we wandered off the ADT route to cut a nice line toward the National mall. We heard more languages than we could identify, and gawked and were gawked at as we passed through ever-changing neighborhoods. 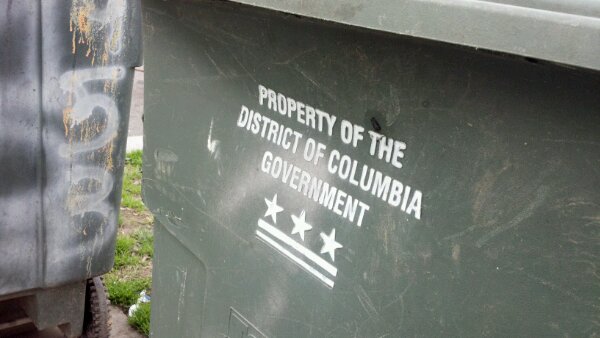 I found these trash cans to be unsettling and oppressive.

As the sun started to set, Kait and I reached our goal of crossing the Key Bridge into Arlington, VA, where our good friend Michael Hess had offered us a place to stay for a few days. 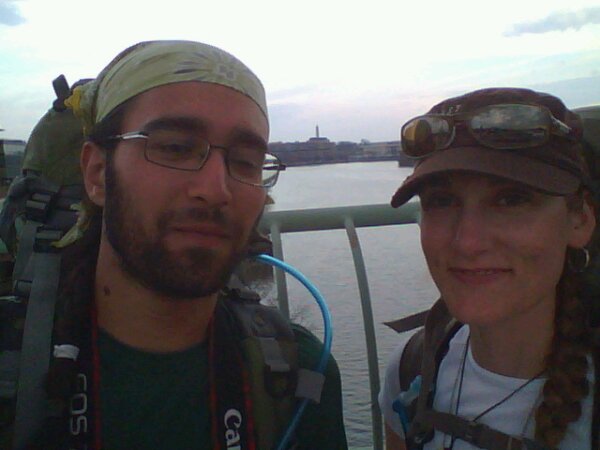 I don't know how to take pictures.

One Response to Crossing D.C.