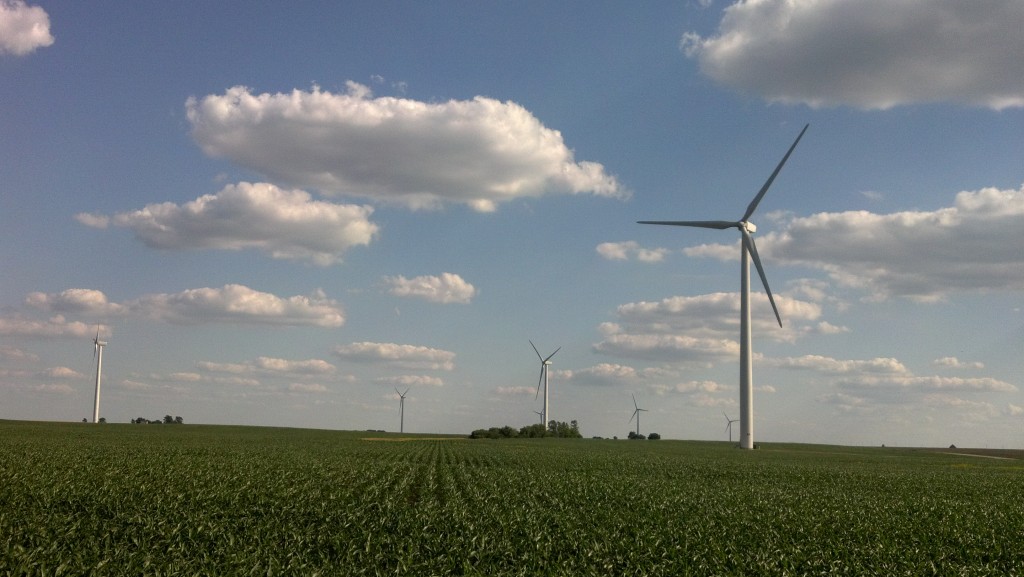 we can see these for miles before we actually walk past them.

For two nights, we stayed with a friend of a friend of my mom’s, named Dave. We walked 22 miles to Paxton, and at the end of the day Dave picked us up in his pickup truck. His house is tucked back in the woods and is full of antiques, good books, and eccentric collections. We watched old westerns and sipped beer until bedtime. 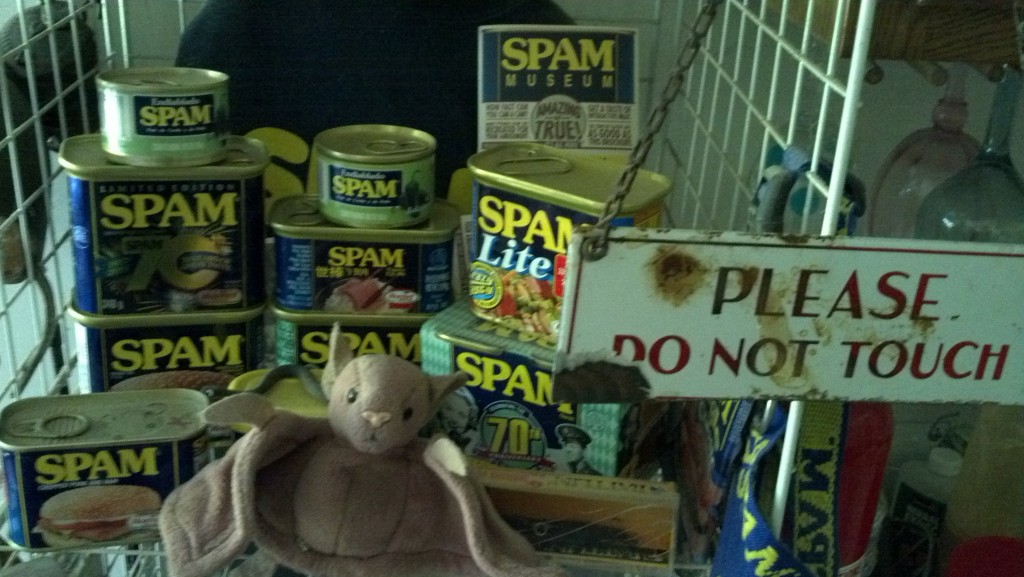 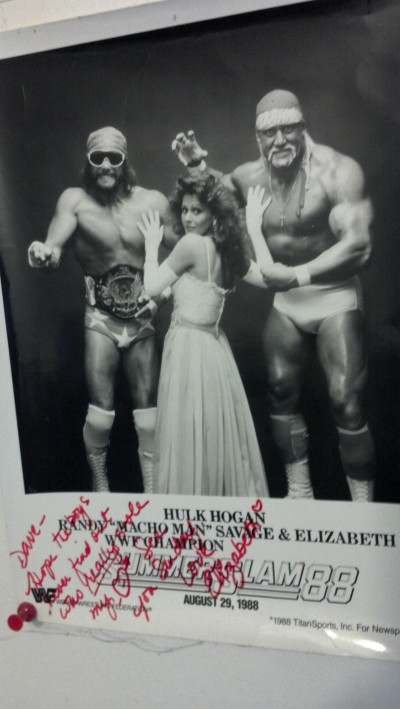 The next morning, Dave dropped us off in front of the Heartland Health Care Center in Paxton. Earlier in our trip, we visited a Heartland facility back in Clarksburg, WV and were very impressed with the quality of care they provide. We spent the morning visiting with the residents, who were overjoyed to meet Max and Grace and hear about the walk. 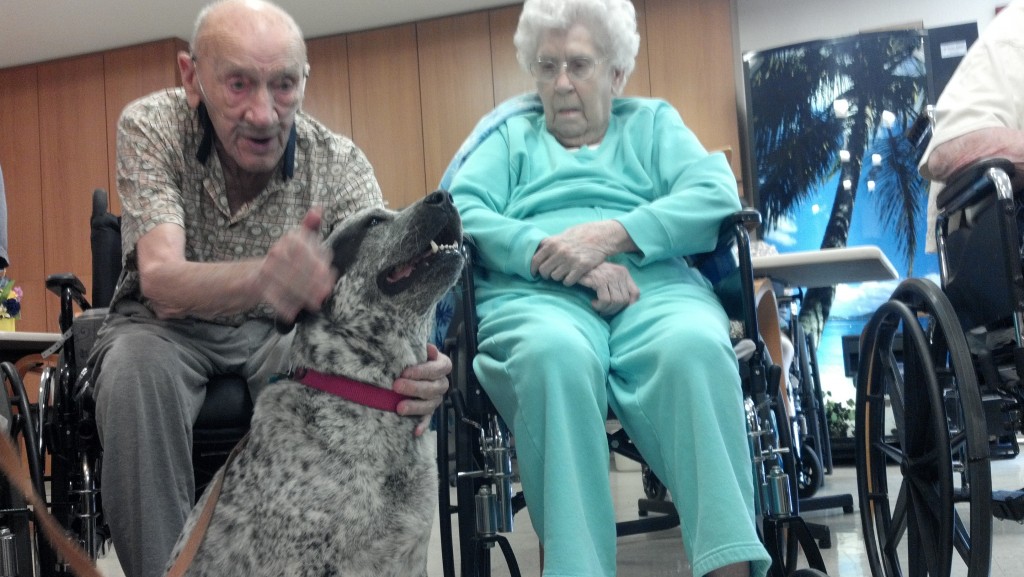 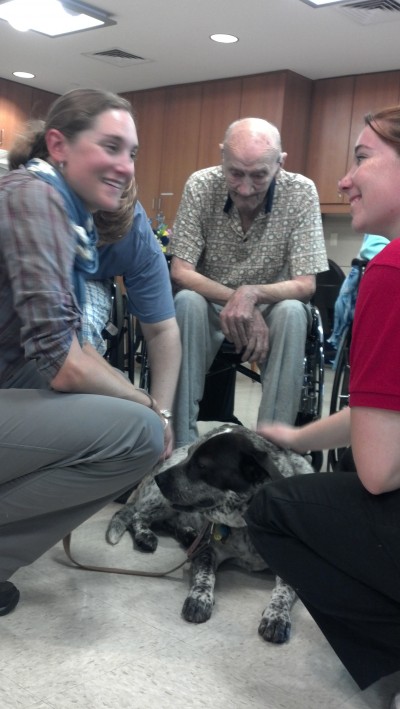 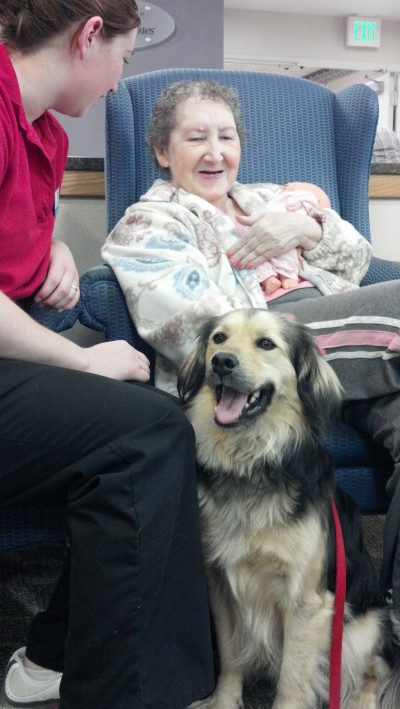 This little dog is all smiles all the time. never. slows. down.

We made our way around the large facility, visiting residents in the common areas and their private rooms. The staff was wonderful and helped us find the people who really needed the therapeutic support of our dogs. 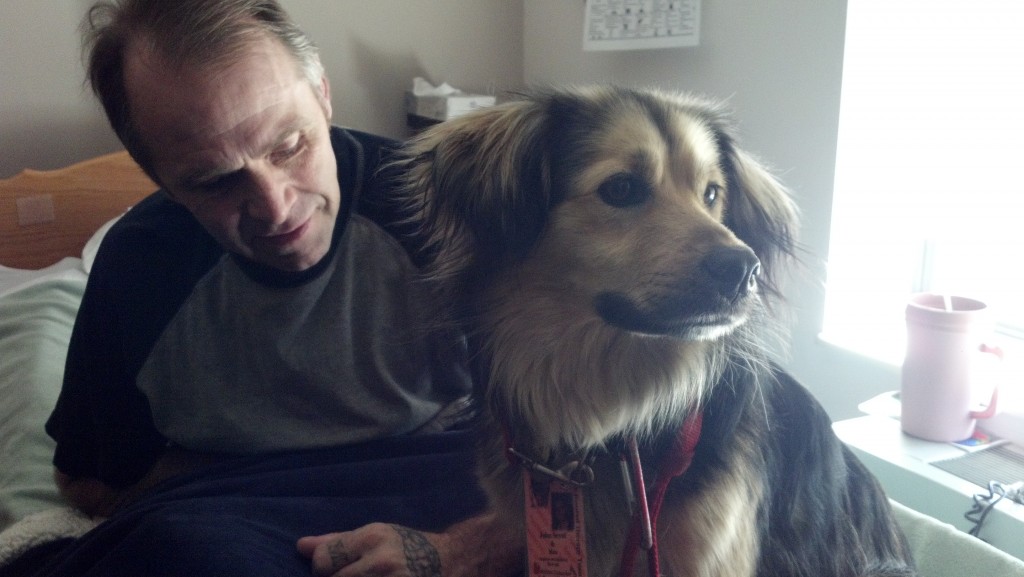 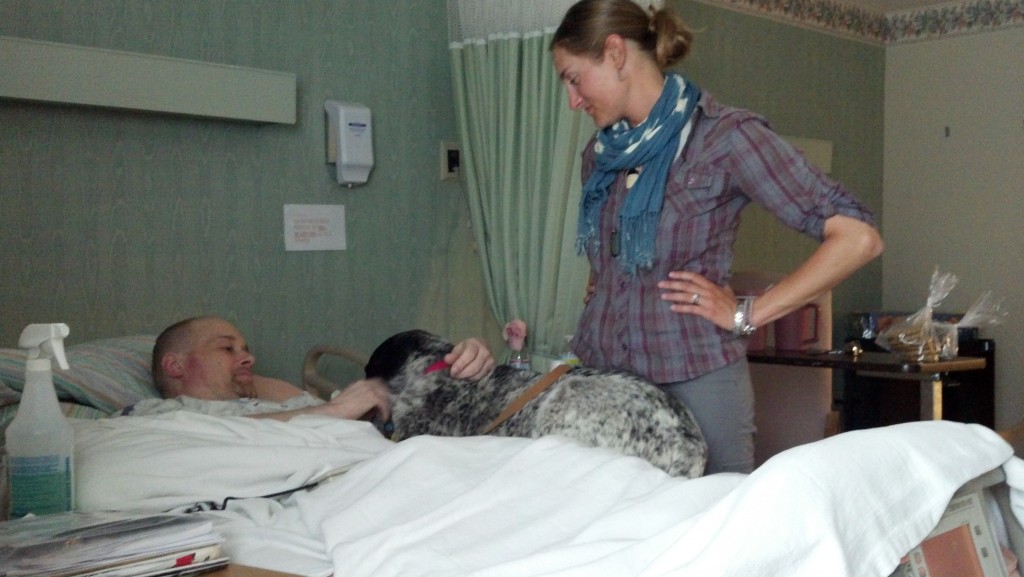 Grace curled up and took a nap with this man who was away from his own dog.

After our long visit, we said our goodbyes and moved on into the heat of the afternoon. 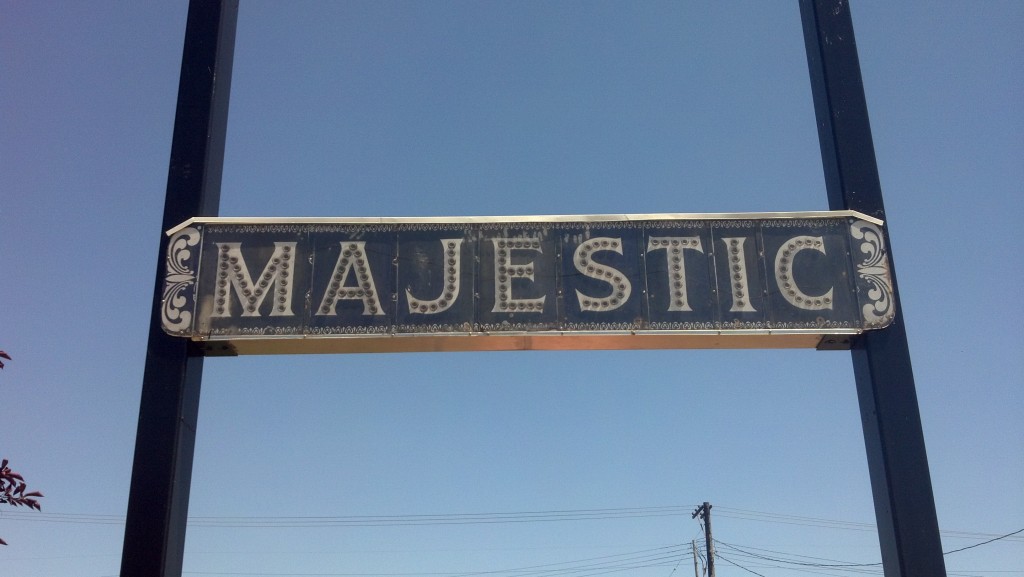 Crossing through Paxton, we followed route 9 as far as we could for the day. 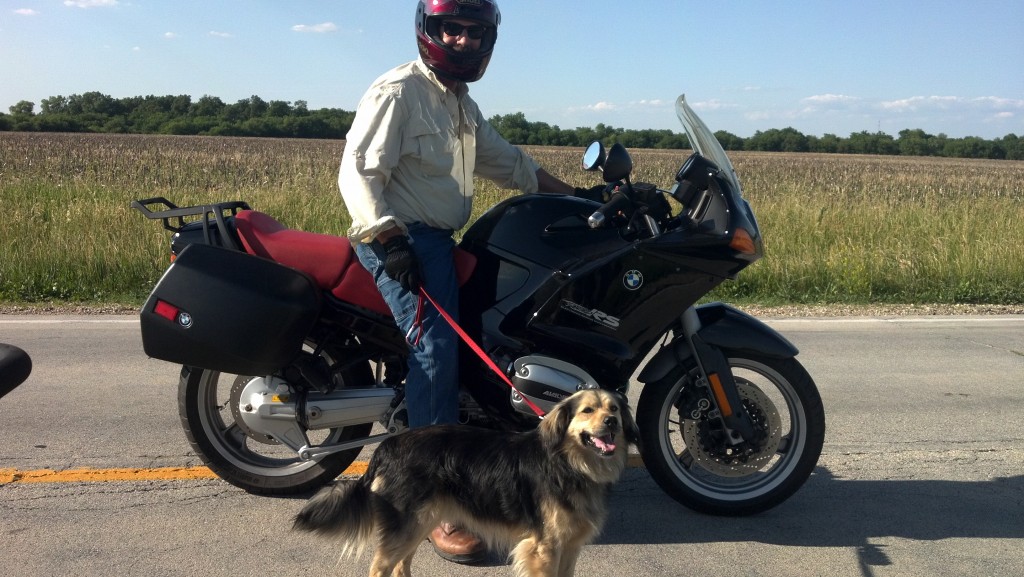 Dave came to see us on his bike.

Eventually, Dave called us and offered to put us up for a second night. Over fried bologna sandwiches, we talked about travel, sailing, and the ever-pleasant subject of American politics. After wasting an hour watching prime-time television (seriously, who is watching all of this crap every night?) we shoved off to bed, and Dave dropped us back off the next morning. 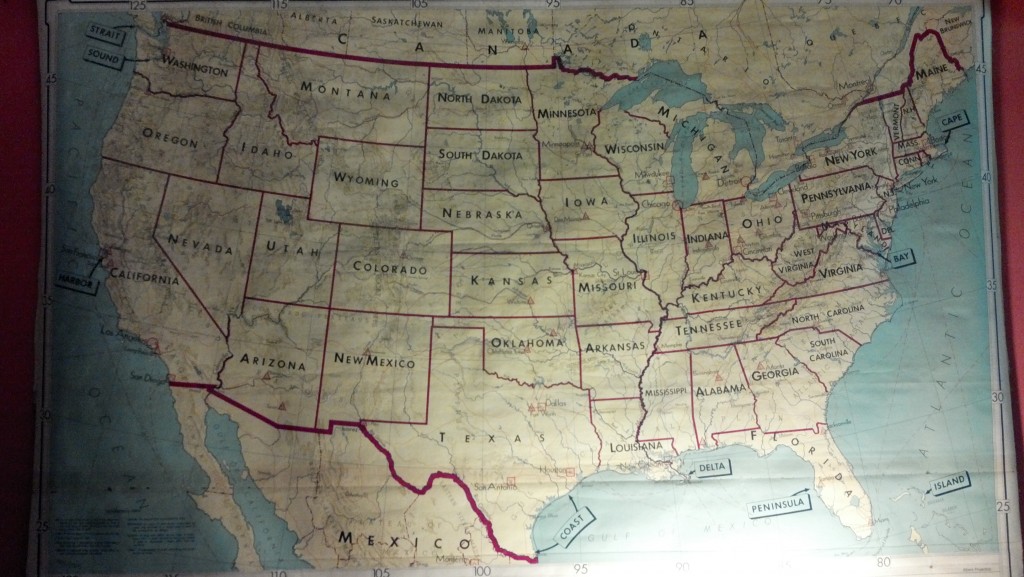 this map used to look a lot more intimidating.

We moved on to Gibson City, where we had a much-anticipated mail drop to pick up. We scored a “Dog Walk Across America” banner for the front of our pushcart, as well as a new pair of boots for me. I have been wearing the same pair of boots since we left from Delaware, and after nearly 1000 miles my feet were begging for a fresh pair. 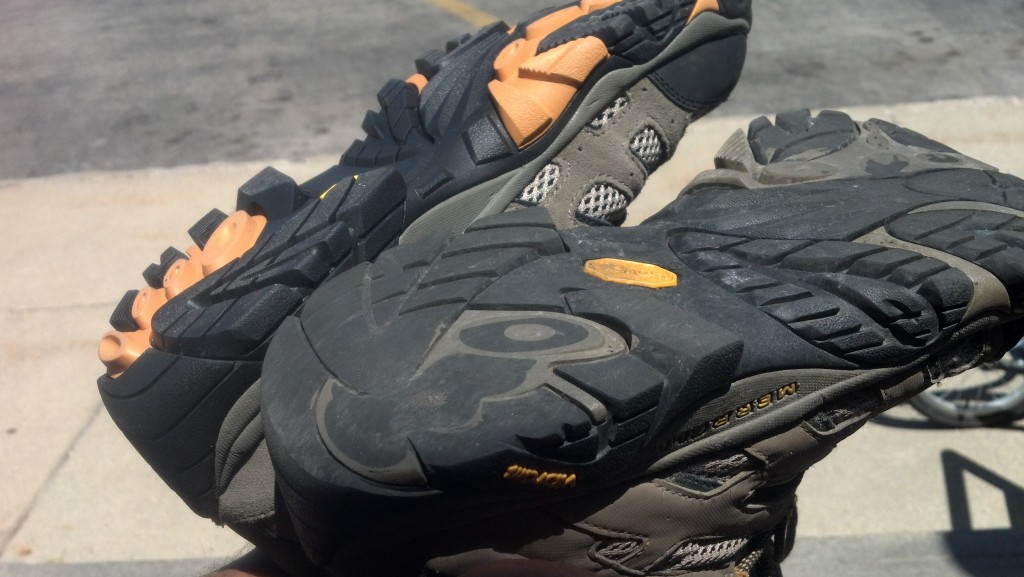 We left Gibson, pushing to make the last few miles of our 1000-mile countdown. Since entering Illinois, we had stuck to Route 9 – but we were getting sick of the lack of a good shoulder and increasing traffic on Route 9, so we moved north to follow less-traveled county roads. Illinois is laid out on a very consistent 1-mile grid, so navigation is simple: If we don’t like the road we are on, we can just go a mile north or south and follow another parallel line. The county roads are far less stressful, and we moved on through the endless corn.

Less than two miles from our goal, a friendly couple drove by and – having seen our new banner in passing – asked us what the walk was all about and where we would be staying. When we told them about our front-door-knocking, backyard-camping strategy, they pointed to the next farmhouse up the road and told us we were welcome to camp in their yard for the night. 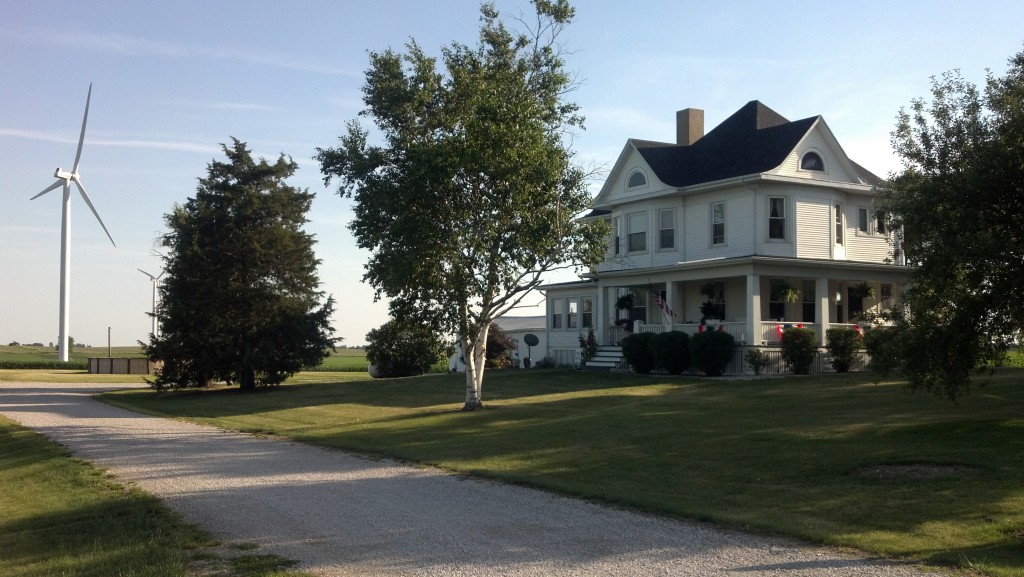 an oasis in a monocultured cornfield desert. 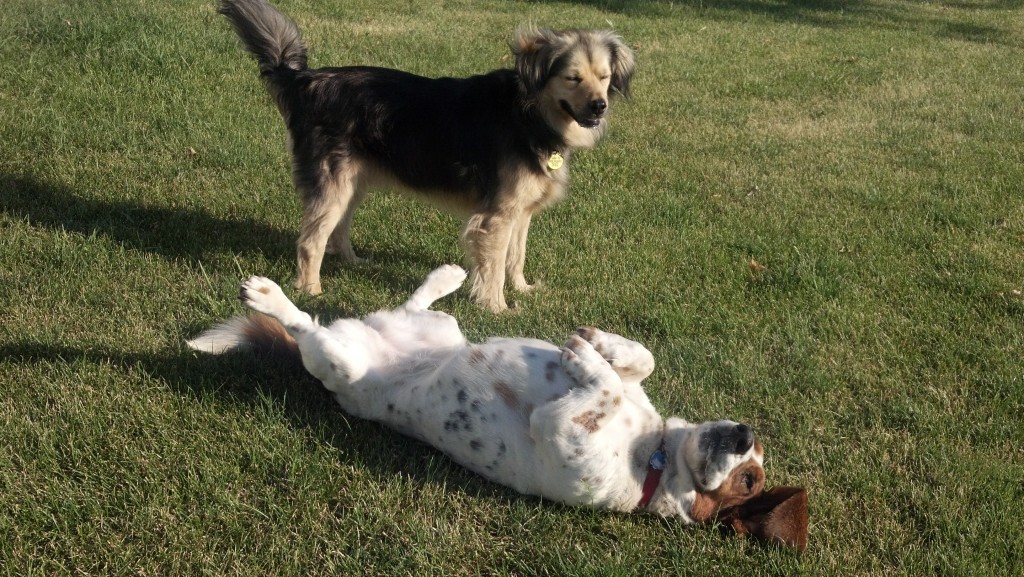 Max has a new girlfriend named Lucy. She's pretty much the sweetest dog I've ever met.

As we were getting settled in, Mike and Ann invited us to just crash in one of their extra bedrooms instead of fussing with our tent. Their house is beautiful, and we got to spend some time talking to them on their picturesque front porch. Mike has been a farmer for 30-something years, and we had a chance to hear about his experiences and practices. He manages 2000+ acres, and told us all about 20-year cycles of weather, drought seasons, and leasing his land to wind farm towers. As the sun went down, the towers off in the distance blinked red in eerie unison. We had just reached the edge of the second largest wind farm in the country, and it was truly a sight to behold. 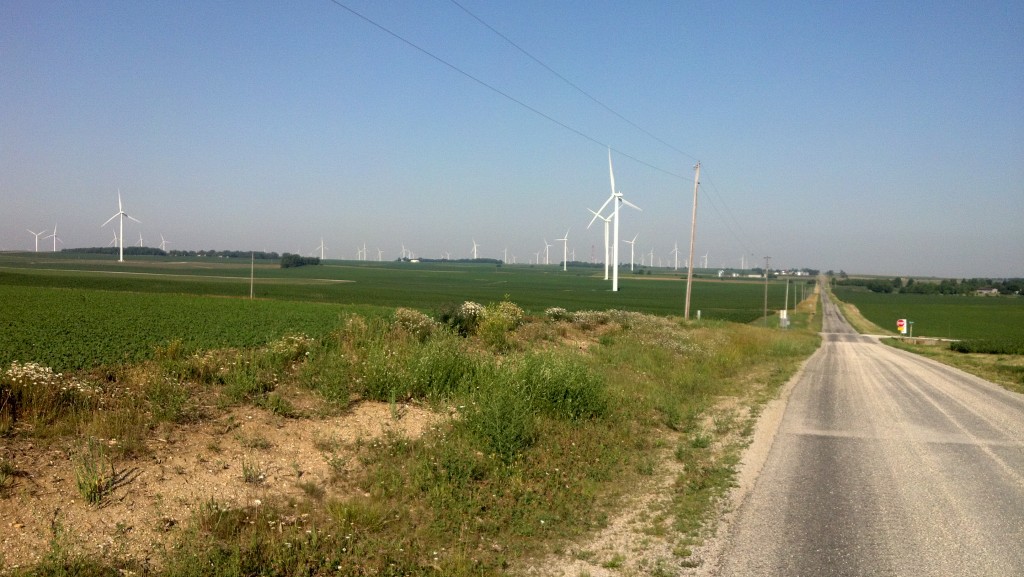 Yesterday morning, we crossed our 1000-mile mark. It has been a long and strange journey, and reaching this milestone gives us a lot of confidence moving forward. Crossing the Corn Belt is not going to be easy. After all of the diverse landscapes we have walked through to get this far, the thought of walking past nothing but corn and soybeans for another 1000 miles is daunting. But the road is laid out straight ahead of us, and the hospitality of the Midwest is keeping us lifted. Here is to many more safe and extraordinary miles. 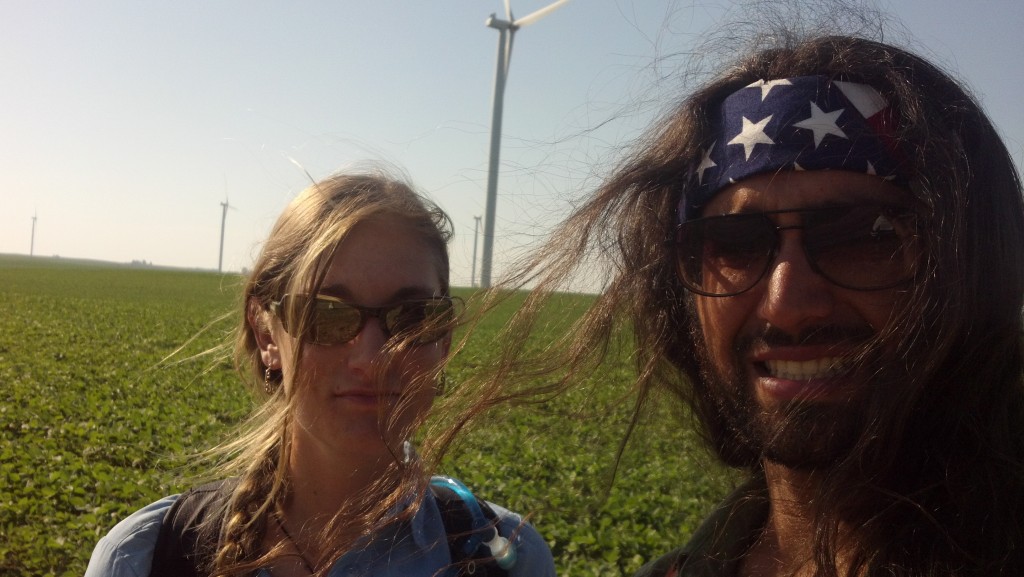